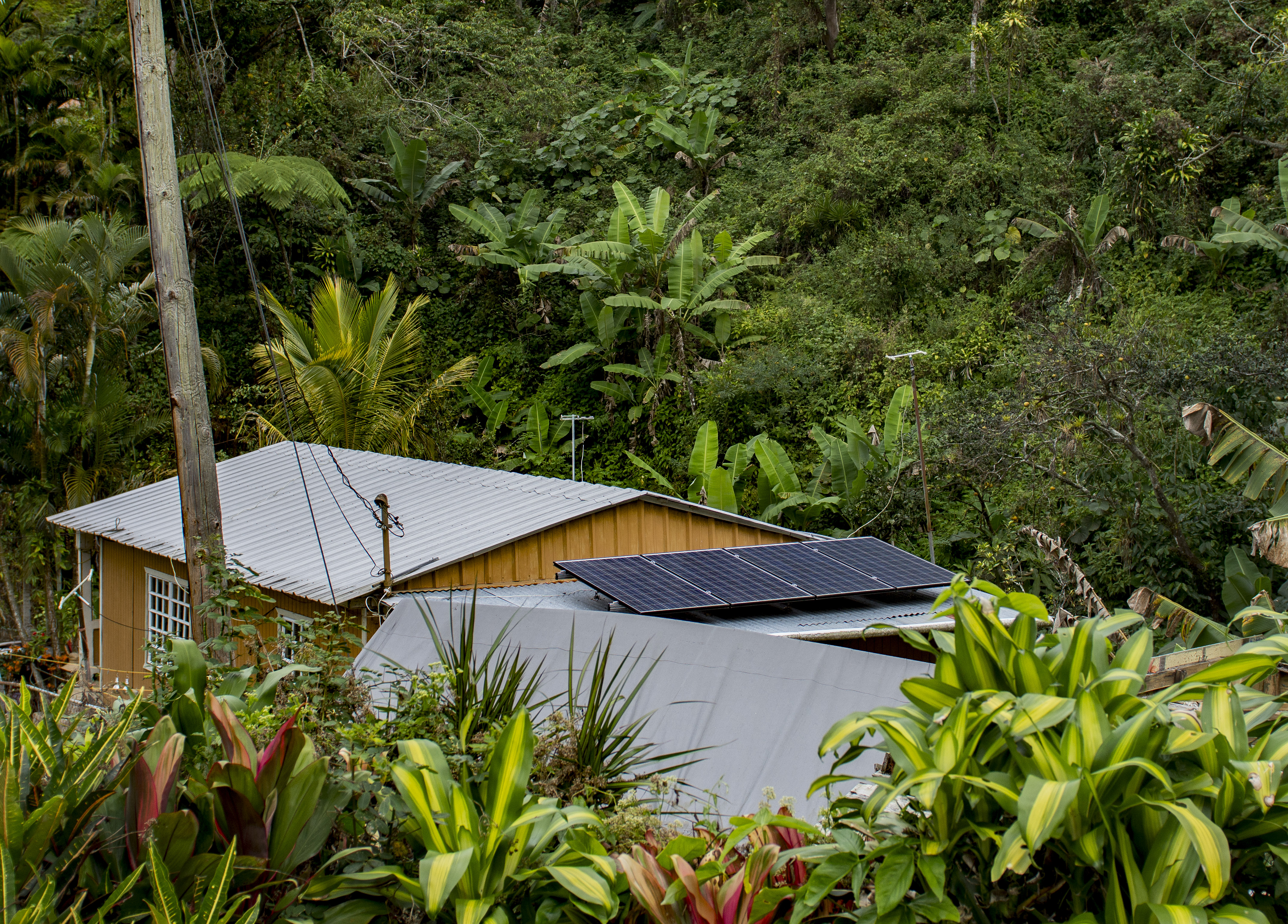 A light in the darkness

One organization was prepared for the hurricane, and helped thousands cope

ADJUNTAS, Puerto Rico — Xavier Valentin Nuñez dropped out of nursing school to take care of his mother following the destruction and mass power outage in the wake of Hurricane Maria. His mother, Doña Carmen Nuñez Conteno, is on dialysis and when the hurricane hit, Nuñez had to complete his mother’s treatments by hand, often in the dark.

The one light in the dark for Nuñez in the midst of the destruction: solar powered light bulbs, a small solar refrigerator for medications and eventually, a complete solar system to power their home. These alternative sources of energy provided by Casa Pueblo made life easier for Nuñez and his mother when nothing else was available.

“I practically couldn’t go anywhere or do anything because (the procedure) had to be done every four hours,” Nuñez said. “I would wake up at 6 a.m. and her last dialysis is at 7 p.m. My mother had to light it with a flashlight and we only had one lantern hanging on the wall.”

The blackout following Hurricane Maria in September 2017 caused a health crisis across the island. Hospitals and nursing homes remained without power for months and families who needed power in order to complete medical tasks at home were unable to safely do so.

But Casa Pueblo was prepared for the blackout. The organization had been advocating for sustainable sources of energy for years before the storm devastated the island.

Casa Pueblo was formed in 1980 to fight efforts by the government to bring gold, silver and copper mining operations to the surrounding area of Adjuntas. Those actions would have caused disastrous ecological effects, according to the founder of Casa Pueblo, Alexis Massol González. 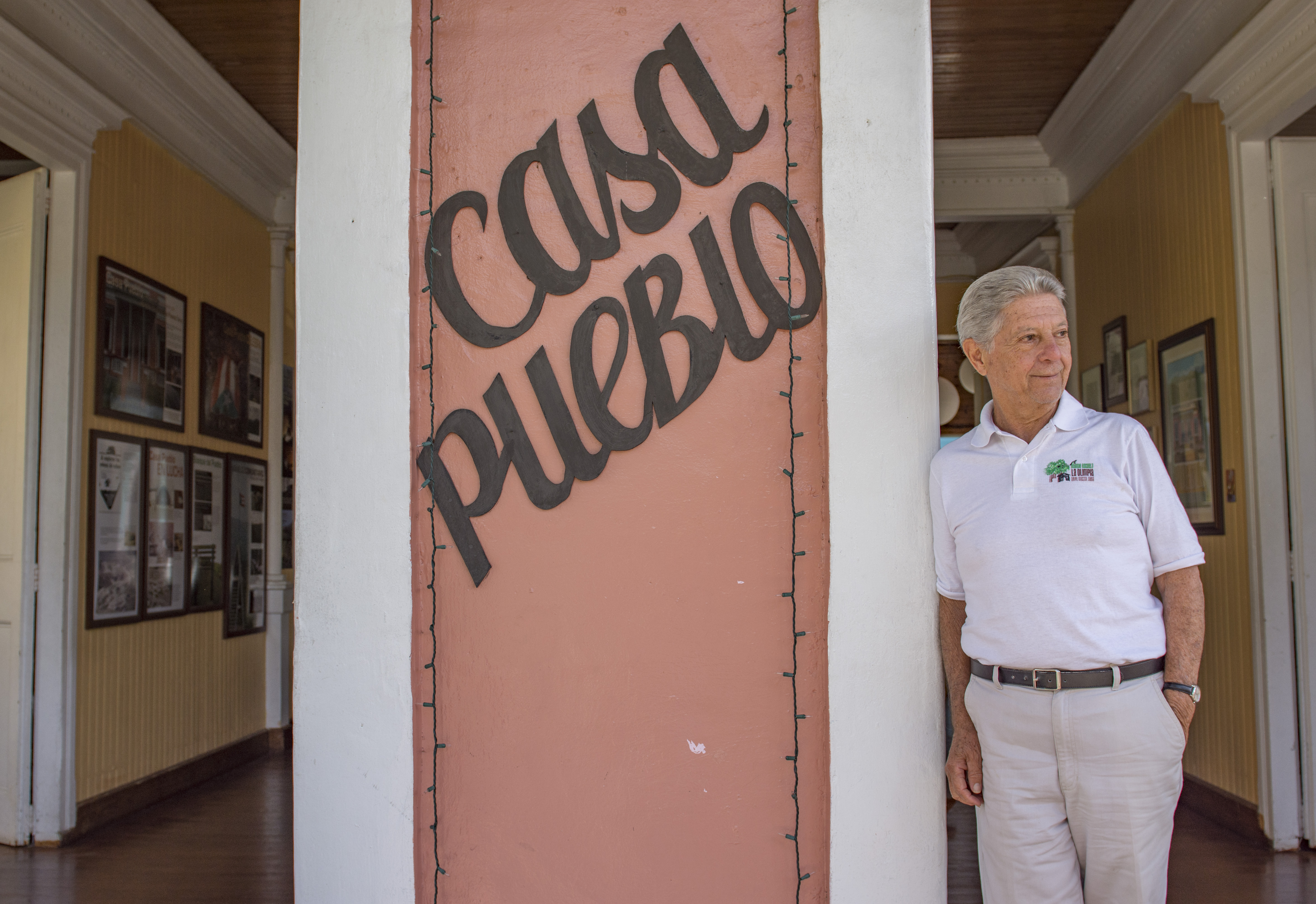 The organization took action following Hurricane Maria to help the community by first providing solar powered light bulbs and small appliances for those with medical needs. More than 14,000 people were given the solar lamps in the months following the hurricane.

Then, with the help of grants and other organizations, Casa Pueblo began to install solar panels for businesses, homes and others in need throughout the town. 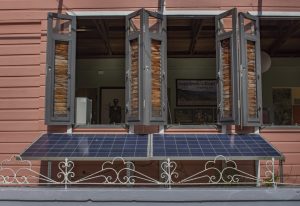 “We found 10 homes in a community called Ballaja el Hoyo and in that community there were at least 10 families that would have lost their lives if they didn’t have an energy system,” Massol Gonzalez said. “We designed a model for them with two solar panels and batteries and this small fridge connected to the solar system where they can store their medicine. Their insulin. And for those 10 families, we installed solar energy models in order for them to survive.”

Hogar La Misericordia Inc., a nursing home in Adjuntas, had no power for five months after the hurricane. With the help of Casa Pueblo, however, director Melissa Irizarry said that she and the rest of the staff feel better prepared for the next storm.

“Now, we have relief, in that way we feel secure now. I’m blessed, because it’s a blessing to have this (solar power) system. And now, we’re more calm, because we know that we can give them a better life,” Irizarry said.

Immediately after the hurricane swept through Adjuntas, Casa Pueblo began offering batteries for flashlights, radios and equipment to help power medical equipment. Casa Pueblo loaned the nursing home a small generator so that they could have some source of energy until they could have a solar system installed. 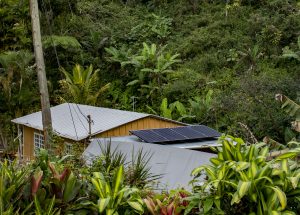 Massol González’s vision is for Puerto Rico to reach 50 percent solar generated energy by the year 2027. And he wants to facilitate education and discussion on how to best move forward and utilize new technologies.

Massol González champions new methodology and practices in recovery processes and prevention in both the public and private sectors.

“Every time people would come to get their lamps, we would gather them together and talk about what solar energy is, what it involves and the differences between solar energy and gas and fossil fuels, not only for Adjuntas, but the importance for us and the whole island to start looking for an alternative for the future,” Massol González said.